Researchers have shown metformin, which is used to treat diabetes, can extend animals' lives.The US Food and Drug Administration has now approved the clinical trial, which means people in their 70s could be as biologically healthy as those in their 50s；

The best anti-aging drug candidate, scientists say, is metformin;Scientists now believe it is possible to slow down the aging process and keep people healthy into their 110-or even 120-year-olds, The Daily Telegraph reported；

Researchers have shown metformin, which is used to treat diabetes, can extend animals' lives.The US Food and Drug Administration has now approved the clinical trial to see if the drug can have the same effect in people； 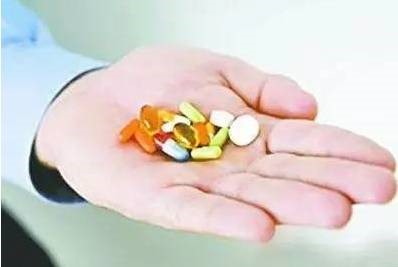 Researchers have shown that metformin, which is used to treat diabetes, can extend animals' lives;

If successful, it would mean that people in their 70s could be as biologically healthy as people in their 50s.Instead of treating cancer, diabetes and dementia separately, doctors will simply target the underlying mechanisms of ageing；

Aging is not an inevitable part of life, because all cells contain a DNA blueprint that allows the body to function properly forever.Some sea creatures don't age at all；

But over the course of our lives, we must undergo billions of cell divisions to keep our bodies going.And the more cells divide, the more errors slip into the process.As cellular problems increase, the body eventually becomes unable to repair the damage.In the case of cancer, cells no longer have the ability to get rid of mutations, and tumors grow.In Alzheimer's, for example, once the brain stops clearing amyloid plaques, dementia can follow；

The best anti-aging drug candidate, scientists say, is metformin.It is the most widely used sugar pill in the world and costs as little as 10p (15 cents) a day.Metformin increases the amount of oxygen molecules released into cells, which seems to increase body fitness and longevity；

When Belgian researchers tested metformin on c. elegans, the worms not only aged more slowly, they also stayed healthier for longer.They didn't slow down or wrinkle.Mice treated with metformin lived nearly 40 percent longer and had stronger bones.Last year, Cardiff University in the UK found that diabetics taking metformin actually lived longer than non-diabetics, although in theory diabetes should shave an average of eight years off their lives；

The clinical trial, called metformin against Aging, began in the WINTER of 2016 in the United States.Scientists from a number of institutions are currently raising funds and recruiting 3,000 people aged between 70 and 80 who have or are at risk of developing cancer, heart disease and dementia.They hope to prove that metformin can slow aging and prevent the development of disease；

The researchers studied the survival of patients with type 2 diabetes taking metformin and sulfonylureas, and compared their life expectancy with that of matched patients without diabetes. The three groups were matched for age, sex, smoking and other clinical status.Results:Compared with non-diabetic patients, the individual quality of life was significantly improved and life expectancy was higher in diabetic patients taking metformin.The quality of life and life expectancy of individuals taking sulfonylureas decreased；

Professor Craig Currie, who led the study, said: "Metformin has anti-cancer properties. It also protects against cardiovascular disease and reduces the risk of diabetes in those at high risk by up to a third."；

A Belgian study has found that metformin can slow aging and prolong life by promoting the release of toxic oxygen molecules in cells, which increases the strength and longevity of cells；

Through on metformin in c. elegans anti-aging mechanism study found that the aging as caenorhabditis elegans, and the smaller gradually, the whole body drape, slowly lower the last movement ability, but using metformin intervention of nematodes body size of wrinkling and smaller speed decreases significantly, not only can slow down the speed of ageing,And can be restored to a healthy state；

As the molecular weight of harmful reactive oxygen species (ROS) released into the cells decreases, the researchers say, it can have long-lasting beneficial effects.Cells usually use reactive oxygen species (ROS) particles efficiently before they become toxic to cells, while metformin often leads to a slight increase in harmful ROS in cells, making cells stronger and extending the life span of healthy cells；

3、Metformin may be an anti-aging drug：

Researchers from University College London tested the effect of metformin on the nematodes when they were co-cultured with E. coli and found that metformin-treated nematodes lived longer only when the co-cultured E. coli bacteria were sensitive to the drug；

Metformin treatment lasted for six days, about a third of the normal lifespan of the worms, and had a similar effect to dietary restriction, either by altering the metabolism of bacteria living in the worms and limiting their host's access to nutrients；

4、Metformin improves the health and longevity of mice：

A study published in Nature Communications shows that low doses of metformin, given regularly in middle age, improved health and extended lifespan in mice, while higher doses shortened their lifespan；

The team tested 0.1% and 1.0% doses of metformin and found that compared with those not taking metformin, the 0.1% group lived about 6% longer, but the 1.0% group lived more than 14% shorter, on average, than those taking metformin, which may be due to kidney failure.The 0.1 percent group did not seem to have any effect on the kidneys；

Studies have shown that metformin appears to improve the efficiency with which mice use fat to produce energy and help maintain body weight as they age, a trait associated with longer survival.Metformin also prevented metabolic syndrome and appeared to exert antioxidant effects in mice；

"Aging is a driving force behind metabolic syndrome and diabetes," said Rafael de Cabo, who led the study.Given metformin's clinically proven ability to reduce symptoms of these diseases and cancer risk, we think it may be a good candidate to study its broader effects on health and longevity"；

Professor Nir Barzilai, a scientist at The Albert Einstein College of Medicine in New York, is preparing to submit an application to the FDA for a clinical trial to study metformin's anti-aging effects；

The study will mainly include patients with cancer, heart disease and cognitive impairment, and they need not have type 2 diabetes, because diabetics may already be taking the drug and even if it works, it doesn't matter.The project plans to follow 3,000 people over the age of 70 for five years.At the moment, the main obstacle is a lack of money, which needs $50 million；

Matt Kaeberlein of the University of Washington thinks Barzilai's research plan makes sense.Although animal studies have shown that other drugs have a stronger anti-aging effect, metformin's long history of clinical use is an important foundation.If approved, it would be the first clinical trial of an anti-aging drug in humans；

In a study published in the Proceedings of the National Academy of Sciences, researchers from okayama University immunology Department in Japan demonstrated that metformin showed anti-cancer effects by increasing the number of tumor CD8+ infiltrating lymphocytes (TILs) and preventing the reduction of CD8+TILs due to apoptosis；

TILs is a special kind of tumor aggressive immune cells, which can directly attack tumor cells. The number of TILs is closely related to the survival rate of patients, and a large number can avoid the apoptosis caused by immune response, which may be the cytological basis of metformin anti-cancer；

2、The mechanism of metformin inhibiting esophageal cancer has been proved：

A group of researchers led by Hao Zhang, professor of Shantou University Medical School, discovered the mechanism of action of metformin against human esophageal cancer and conducted a preclinical study；

3、Metformin has an inhibiting effect on liver cancer:

Professor Wang Hongyang, academician of The Chinese Academy of Engineering, led researchers from the Second Military Medical University and Shanghai Jiao Tong University School of Medicine to find that metformin has an inhibitory effect on liver cancer.The research paper was published as a cover article in the international journal of Oncology, Clinical Cancer Research；

This study revealed metformin has great potential in the treatment of hepatocellular carcinoma.A growing number of studies have found that in mild-to-moderate kidney function is impaired in patients with type 2 diabetes in people, metformin and stop using metformin compared to continue to use set of urine protein and serum creatinine level has a tendency to reduce, means that the renal function improved, the reason may be related to using metformin significantly lower blood sugar, blood sugar fluctuations decrease, weight loss and other related factors,These patients ended up living longer with the addition of metformin, which has been shown in nematodes, rats and mice；